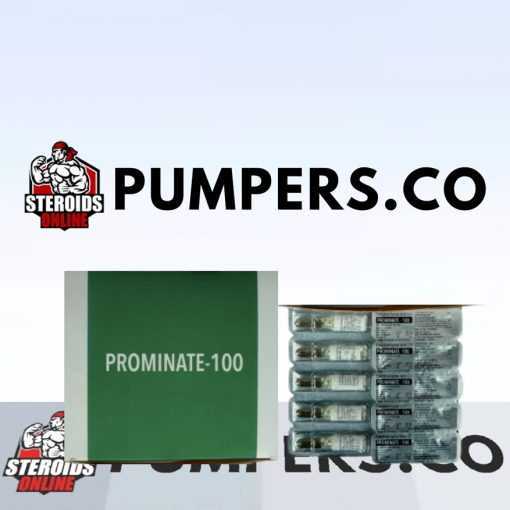 Several female athletes inject 100-200 mg or more Prominate/ week. 100 mg Prominate/week, combined with 50 mg Winstrol Depot/week, is usually an effective stack for many women and is tolerated well so that virilization symptoms are rarely observed. To avoid an undesired accumulation of androgens in the body women should pay attention that there are three to four days in between the relative injections. For competing female athletes this stack, however, is too weak. Prominate is often used in a dose of 100 mg/week to bridge over steroid breaks which, in our opinion, is not a good idea: The non-stop use of anabolic steroids has a strong negative influence on the body’s own testosterone production and prevents the body from normalizing its functions. Dosages as low as 100 mg Prominate/week or 50 mg Deca-Durabolin/week (also often used for bridging) are non-toxic and mostly have no side effects. However, the effectiveness of such an intake must be strongly doubted since both compounds in this dosage are much too weak in order to effectively counter affect the catabolic phase which begins in the steroid phases. Better results can usually be obtained with Clenbuterol without influencing the hormone system. Those who believe that in the “steroid free time” they must still take some “stuff ” to bridge the usages should inject the long acting Testosterone enanthate (e.g. Testoviron Depot 250 mg/ ml) every two to three weeks.

Prominate 100 is a mild steroid and hence it is also classified as a weak steroid. Men who are willing to use this steroid probably need to take in quite a bit to actually start seeing some realistic effects. Men using Prominate 100 often end up in disappointment simply because their dosages are just not enough to see the positive effects. Those who have been using the oral version over the injectable ones are likely to be more disappointed as they need even larger amounts of administration for any effects of the steroid to start showing. It is important to remember here that Prominate 100 is a very expensive steroid.

It appears to cause less inhibition than Deca or testosterone for any given degree of anabolic effect, perhaps because of low CNS activity, lack of conversion to DHT, and lack of aromatization to estrogen. Unlike Deca, it is not metabolically deactivated by 5a-reductase and therefore is not as kind to the skin and hair as that drug. However, when used by itself at modest doses, by suppressing natural testosterone and DHT production, it can improve skin relative to using no anabolic steroids at all.

Pharmacokinetics and Indications: It is Dihydrotestosterone-based anabolic steroid. Trade name: Primobolon tablet or injectable form. Methenolone Enanthate is mainly used by individuals who are highly susceptible to oestrogenic signs as oestrogen is not produced when using this steroid. Bodybuilders use it during their resting time, to maintain their bodies in the same vigour and strength. Many athletes and bodybuilders have been tested positive for it and have been penalised.

The addition is progressive and can be classified as being less than that of any other steroid that is sold today. The injections penetrate the liver one at a time and thus contain fifty percent of the effects of the toxins found on the liver in the form of tablets. This can be justified by the availability of the methonolone steroid that is transported by one-methyl group that reduces the need to have a carrier. The process curtails the threat of liver complications that are caused by using steroids.

What are the side effects of Prominate 100?

Prominate 100 is the registered trademark for a product made by the German company Schering. This product contains the substance metbolin or methenolone enantate. We donвЂ™t offer you Prominate 100 but another product identical made by another real pharmaceutical laboratory. Ask at any serious forum out there, if it is possible to find real Prominate 100 depo on the internet, the chances are virtually impossible. They are all almost for sure fake. And if you se any Prominate 100 tablets for sale they are fake too. Below you can read more about Prominate 100.

Prominate 100 is not an aromatizing steroid, so most of the side effects common with other steroids are practically nonexistent when it comes to Prominate 100 administration. Water retention and bloating has been observed rarely. As Prominate 100 is not structurally modified to bypass the liver, it does not cause any harm to it. Because of its mild nature, it has earned the recognition of being one of the safest steroids out there at present but as with all steroids, a few side effects are existent.