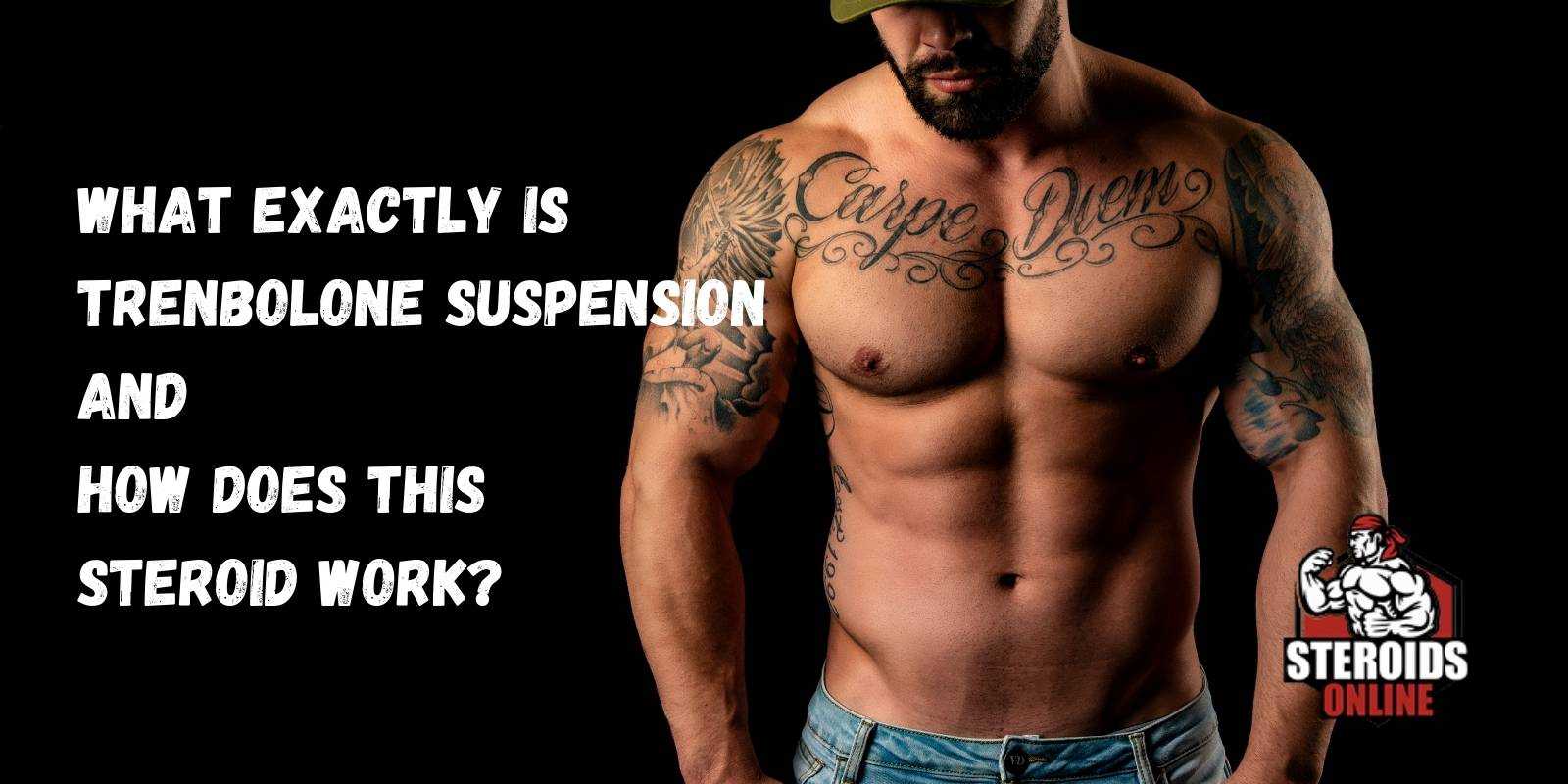 Trenbolone Suspension is a 19-nortestosterone (Nandrolone) derivative that’s suspended in a water-based solution for injection. Tren suspension is basically nandrolone with 2 added double bonds within the nucleus. It is a steroid that has high anabolic and androgenic effects of 5 times greater than testosterone. It has no estrogenic activity but does possess high progestogenic activity.

Trenbolone Suspension may not be one of the most commonly used steroids due to its high potency and difficulty of use by inexperienced steroid users, but Trenbolone Suspension is still one of the most effective steroids known. It is typically only used by bodybuilders who are in the late stages of steroid use as a pre-contest agent or cutting steroid because it helps to burn fat, while at the same time increasing muscle hardness, vascularity, and aggression.

Another benefit is that fact that Trenbolone does not aromatize, so estrogenic side effects do not occur with the use of this steroid.

Trenbolone Suspension can be effective when used alone, which means that it can be the only steroid an athlete needs. However, many athletes will stack Trenbolone with other steroids such as Testosterone and Dianabol for maximum effectiveness. 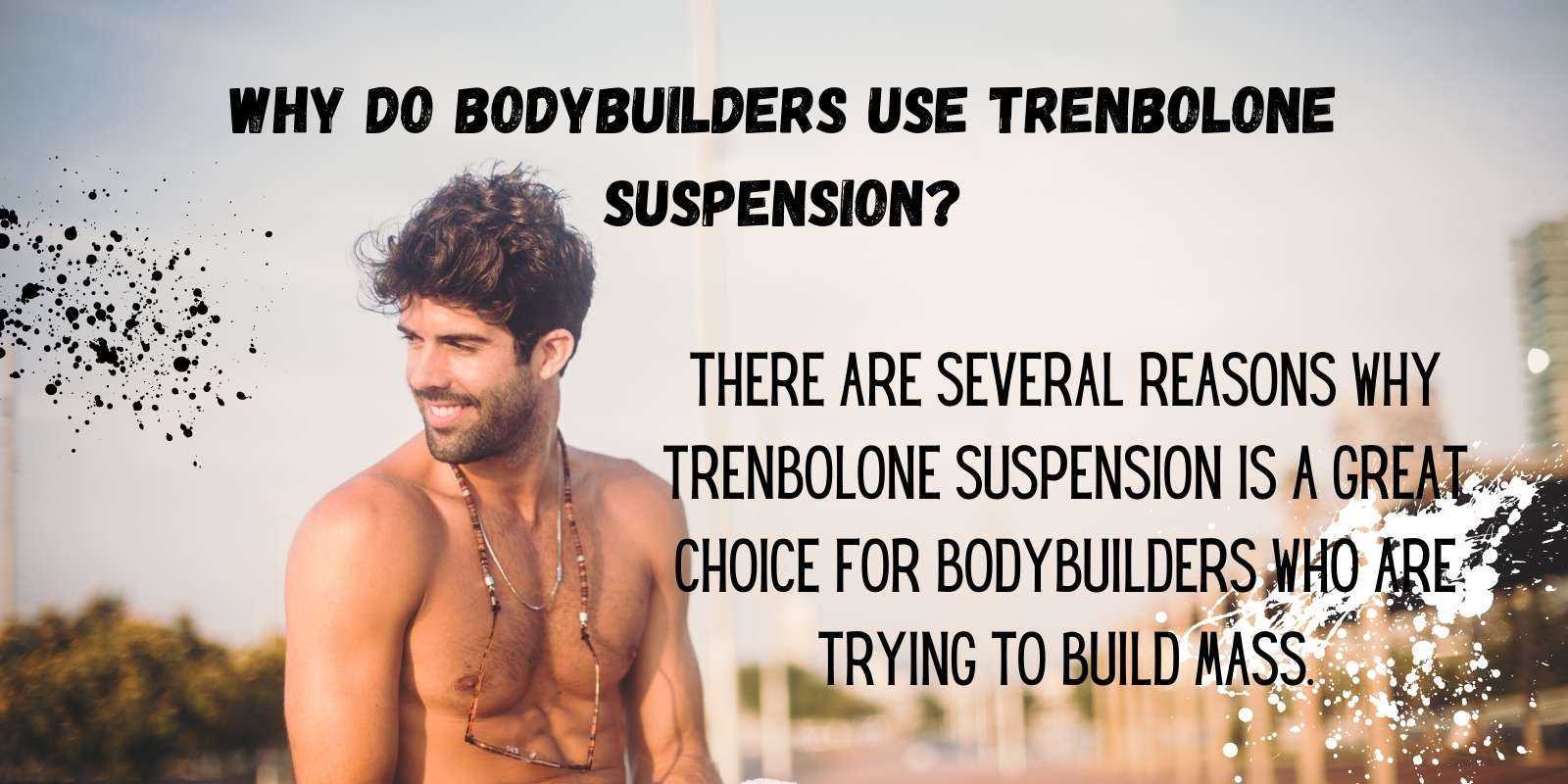 Trenbolone Suspension in bodybuilding: Why they use it?

There are several reasons why Trenbolone Suspension is a great choice for bodybuilders who are trying to build mass. It has the ability to produce gains in muscle mass quickly, which means that athletes who are starting out can see visible results within a week or two after they start their cycle of Trenbolone Suspension.

Trenbolone Suspension is so effective for bodybuilders due to the fact that it has the ability to burn fat while at the same time increasing muscle mass. Since it can achieve these two objectives simultaneously, athletes who are looking to cut during their off-season will find that Trenbolone Suspension is an ideal addition to their cutting cycle.

Another reason why Trenbolone Suspension is popular among bodybuilders is the fact that it increases aggression. This means that athletes will not only be able to train harder, but they are also more likely to push through with their training regimen even if they are experiencing muscle fatigue or pain in their muscles.

Additionally, Trenbolone Suspension works well for athletes because of its anabolic nature. It is one of the most powerful anabolic steroids known, which means that it has the ability to increase nitrogen retention in muscles. This means that athletes will have higher levels of protein within their system, which can result in increased muscle growth over time.

Furthermore, Trenbolone Suspension is also a popular choice for athletes because it does not cause water retention. This is important for those who are trying to stay within a certain weight class or compete in a specific bodybuilding competition that has weight limits.

Of course, since Trenbolone Suspension is such a potent steroid, athletes will need to have proper post-cycle therapy after their cycles to ensure that they will not suffer from any adverse effects during their transition back to normal hormonal levels. 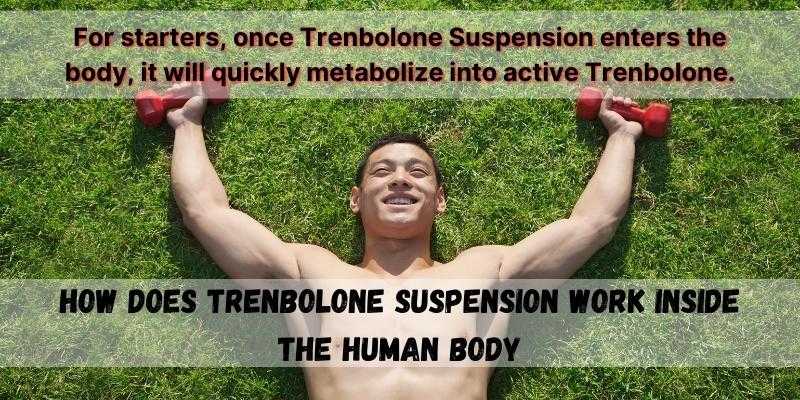 How Trenbolone works in a body?

When this happens, users will enter a new level of anabolic power that is very effective for building mass and cutting body fat while at the same time protecting muscle tone and density. In the end, athletes who use Trenbolone Suspension can expect to see impressive gains in lean muscle mass without any bloating or acne.

Trenbolone, the active ingredient of Trenbolone Suspension is also responsible for enhancing nitrogen retention in muscles. This means that athletes will be able to train harder, which can lead to more muscle growth over time. It is also important to note that this steroid has the ability to inhibit glucocorticoid hormones, which is important for preventing muscle catabolism.

On a final note, Trenbolone Suspension also increases the levels of IGF-1 and MGF in muscles. This can be incredibly beneficial because these two hormones have the ability to stimulate protein synthesis within muscles, helping to increase strength and accelerate recovery after workouts. While these two hormones work together to speed up muscle growth, they also have the ability to promote fat loss in conjunction with diet and exercise.

Trenbolone Suspension before and after results

There are several results that can be gained from using a properly administered Trenbolone Suspension cycle, including:

There are a lot more but these three are the most noticeable positive effects that Trenbolone Suspension can have on your body. 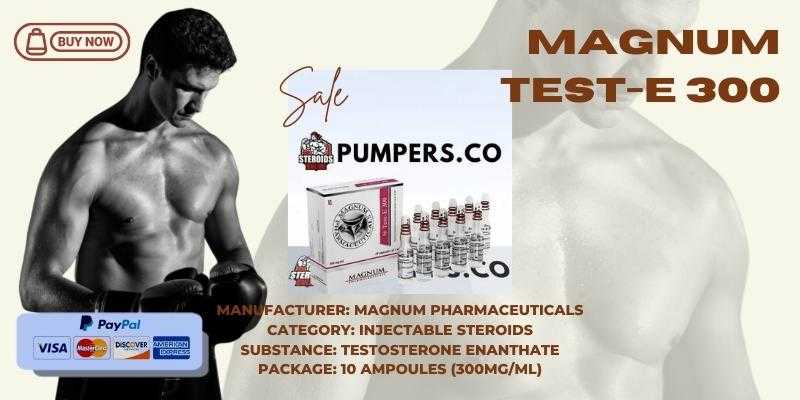 There are a lot of people that are qualified to use Trenbolone Suspension. In fact, anyone that is looking to increase their lean muscle mass and ultimately improves the appearance of their body can benefit from using this steroid. However, there are specific groups of people who can get even better results by adding Trenbolone Suspension into their cutting or bulking cycle:

In fact, anyone that is looking to bulk up or get lean can benefit from adding Trenbolone Suspension into their cutting or bulking cycle. It is very effective for building muscle while also preventing water retention, which ultimately helps users maintain a lean look while getting ripped. However, it is important that this steroid is not used without a proper PCT supplement in place because it will carry a high risk of side effects.

Who should AVOID using Trenbolone Suspension?

While Trenbolone Suspension can be incredibly beneficial for a lot of users, there are some people that should avoid using it no matter what:

The most important thing to keep in mind when using Trenbolone Suspension is that you need to use a full dosage for at least 6 weeks and no more than 10 weeks. It is possible to go past the 10-week mark depending on how your body reacts to the steroid.

As with all anabolic androgenic steroids, it is very important that you follow all directions included in your Tren cycle exactly as they are laid out. This includes correct dosages, cycle length, and avoiding other types of trenbolone while using this steroid.

If you have any questions about the length of your Tren cycle, you should speak to a specialist before beginning a Trenbolone Suspension cycle. 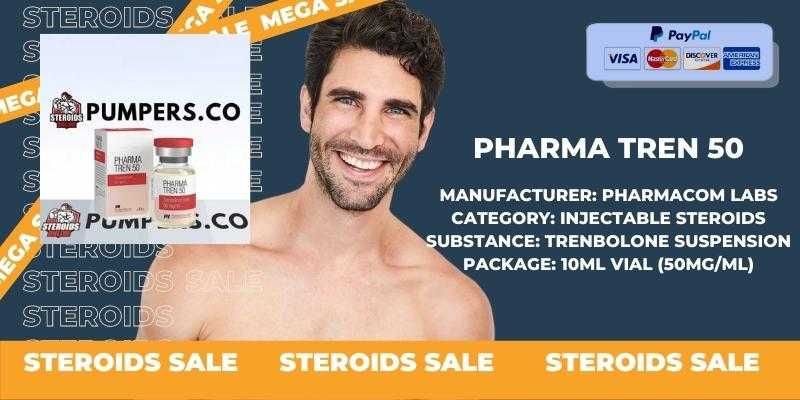 How should Trenbolone Suspension be used to get the most out of it?

To get the most out of Trenbolone Suspension, it is imperative that proper steps are taken throughout your cycle. These steps include:

Following these simple steps will ensure that you get the most out of your Trenbolone Suspension cycle while avoiding side effects and long-term damage.

Most common Trenbolone side effects

The most common side effects include:

Unfortunately, there are more side effects than this and it is important for you to research what you can expect in regard to Trenbolone Suspension abuse before starting your cycle.

The steroid, Trenbolone, comes in many different forms. This means that if anyone is put off using Trenbolone Suspension due to its extremely rapid action, required frequency of use, or painful injections, there are esterified, oil-based alternatives that are much easier to use.

The longest ester of Trenbolone, on the other hand, is Trenbolone Enanthate. The half-life of Tren E is roughly 10-11 days, so injections are generally only required once a week. Since Trenbolone Enanthate is the slowest-acting ester, it is most commonly used during bulking cycles.

The mid-length Trenbolone ester Hexahydrobenzylcarbonate, is commonly named Parabolan by bodybuilders. The Parabolan half-life of Tren E is roughly 8 days, so injections can be done once or twice a week. Parabolan can be used during bulking or cutting cycles.

Tri Trenbolone is a common steroid mixture consisting of all three esters of Tren listed above. Combining all three trenbolones into one solution creates a consistent release of the hormone into the blood. This means the steroid is both fast-acting and long-acting at the same time. Firstly, the Trenbolone Acetate starts working after 3 days, then around 5 days later Parabolan kicks in, and finally 3 days or so after that, Trenbolone Enanthate is released. Therefore, the steroids action lasts for more than 2 weeks, so injections are required no more than 1 time per week.

Things to keep in mind before purchasing Trenbolone Suspension

Some people are hesitant to buy Trenbolone Suspension because they are not sure if it will work for them. There are some things that they should keep in mind before buying Trenbolone suspension. First, you must have a reputable and trustworthy seller of Trenbolone Suspension, as counterfeit versions of the drug exist. Second, keep in mind that the person using this drug should have a certain level of self-awareness and know what he is getting into in terms of health risks.

Trenbolone Suspension can greatly help its user achieve great results, as long as this steroid is not abused in any way. If used the wrong way, the side effects we have mentioned above may occur and endanger the user instead of providing the results that are beneficial.

Youtube videos to watch in order to learn more about Trenbolone